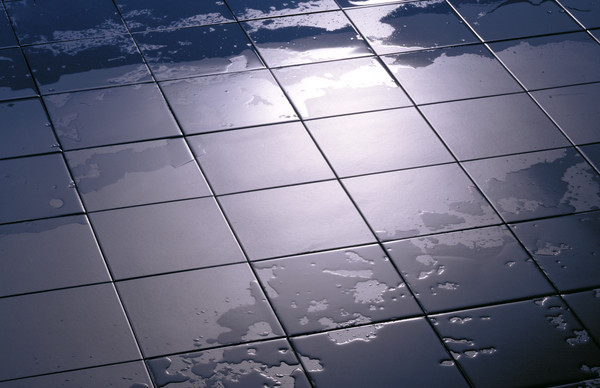 Workers compensation claims can cover so many different types of workplace injuries, that just when we think we’ve seen the craziest examples something else pops up to prove us wrong. Take this case out of Freehold, NJ, in which a ShopRite employee came to work six hours before his shift was scheduled to start to pick up his paycheck, and on his way out of the store, slipped and fell and ended up with a medial meniscus tear in his knee. This gives a whole new meaning to work trying to kill him—but does it qualify for workers compensation coverage? Let’s see what the courts had to say about it.

The Incident: Robert Miller, a customer service and bookkeeping associate at the Saker Shoprite, came into work on January 29th, 2010, to pick up his paycheck, which was permitted by the store as an alternative to direct deposit. His shift was normally scheduled to run from 4pm to 11pm, and he arrived for the check at 10 am. According to a co-worker, he was wearing pajamas.

He arrived at the store, picked up his paycheck, cashed it and purchased a lottery ticket for a co-worker who was manning the register as a cashier. After giving his co-worker the ticket, he moved towards the exit and slipped on something spilled—either sugar or salt, and fell and injured his knee.

The Claim: After the incident, Miller filed for workers’ compensation and personal injury action. Initially, the judge of compensation ruled in his favor and awarded Miller with a 17.5% disability on the leg, which came out to $11,686. Considered heavily in the ruling was the idea that the store allowed employees to cash their paychecks at the store, which the judge said was to encourage impulse buying and profit from the employees spending.

The Appeal: After the decision, Shoprite appealed that the compensation was not just. The Appellate Division agreed with the store, and reversed the decision. Considered here was the fact that Miller was not working at the time of the incident, and was there only to do his personal task of picking up the paycheck, and then purchasing the lottery ticket for his co-worker. They also noted his attire, which was not prepared for work, and that it occurred many hours before the beginning of the shift. It also made note that the Shoprite was never proven to benefit from the workers cashing their checks in-house, and that the benefits manager testified that employees were generally discouraged from staying in the store if not working or shopping.

Relevance for You: This is an interesting case in its inception and end result. While the claim was ultimately dismissed, other cases of compensation, such as Chen v. Federated Dep’t Stores have ruled that injuries on a lunch break would be compensable under the law. If you have been the victim of a work related accident and need more information into your options for compensation, you should work with an experienced attorney to fully understand how you can best benefit. For a free consultation, call me, John L. Schettino, today at 201-498-9768 to learn more.